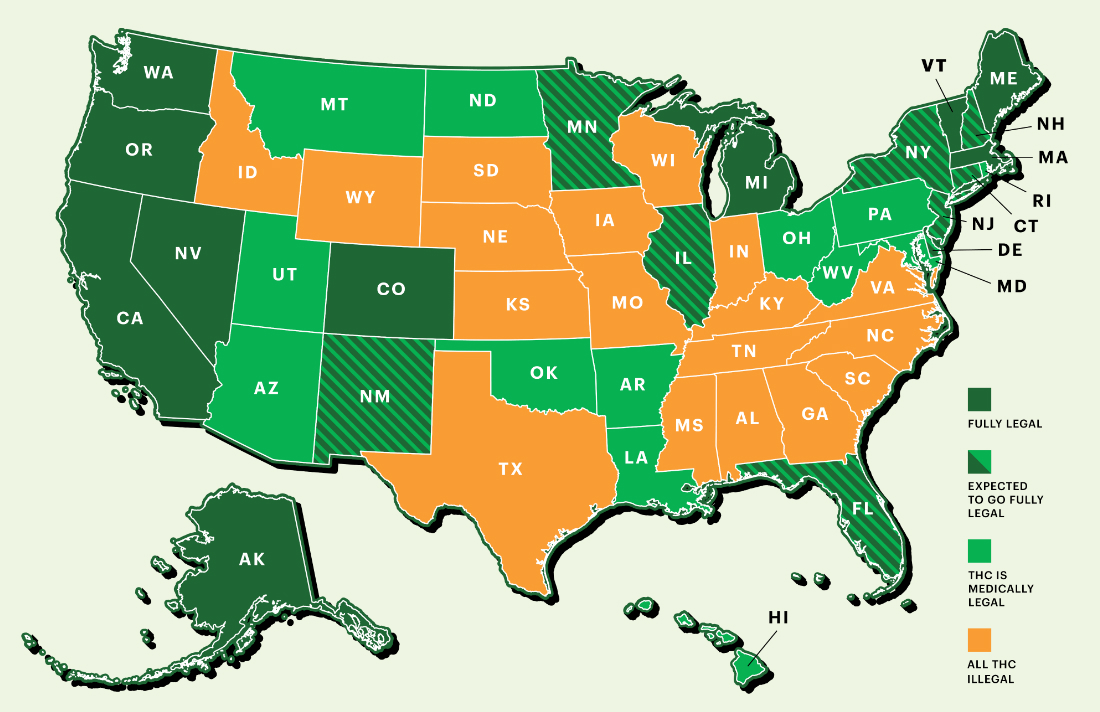 Curious about the status of cannabis? Here’s a map of where marijuana legalization stands across the country — and a deeper look into some places with disparate approaches to pot.

The country is moving forward with legalization at a record pace — but what that actually means can vary wildly from state to state. Some that are “medically legal” consider limited access to CBD to be enough, while others allow full ­recreational use, offering all forms of THC-rich, psychoactive products to anyone over 21. And then there’s Alabama. Here, a breakdown of what’s legal, what’s not, and where you should be looking next.

ALABAMA
Alabama was called out by the Southern Poverty Law Center for having “draconian” laws, including giving prosecutors the option to charge almost anyone caught with weed with felony distribution. As of 2016, black ­people were almost four times more likely to be arrested for possession than white people — and in some parts of the state, that factor jumped to 10.