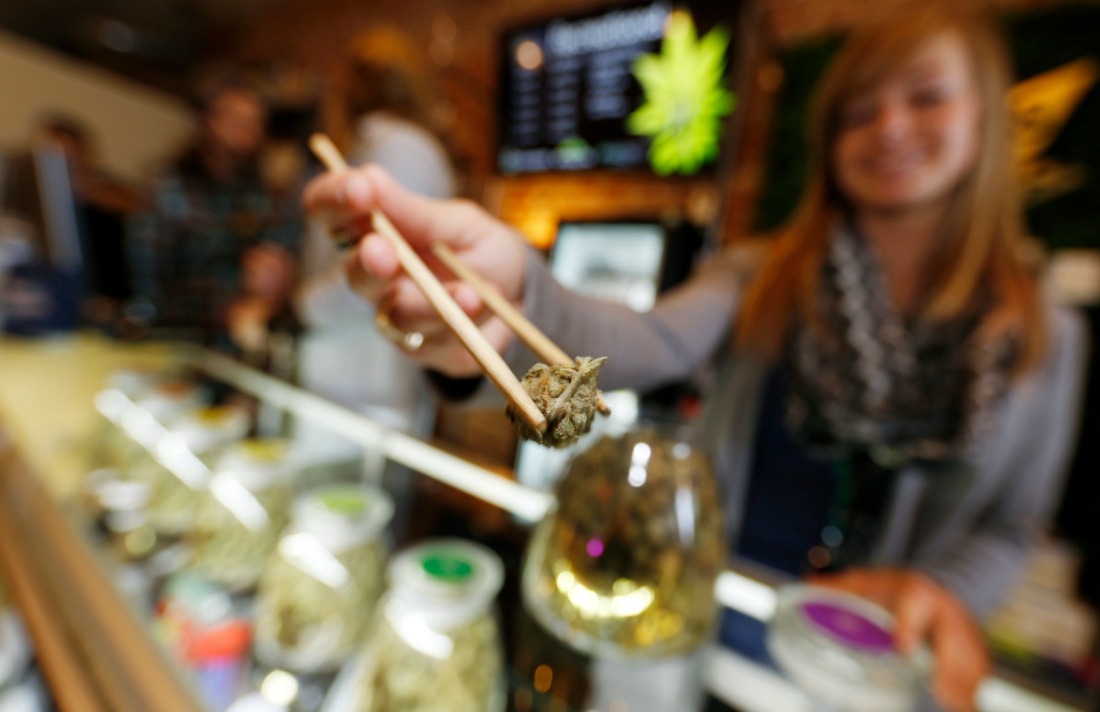 The United Food and Commercial Workers union is now a major force in marijuana politics — but criticisms of it have grown with its influence.

No one knows more about the complicated alliance between unions and the cannabis industry than Dale Sky Jones, chancellor of Oakland’s Oaksterdam University, a marijuana trade school. She calls herself “Patient Zero.”

In 2010, major unions were just starting to throw their weight behind weed in California as part of Prop 19, a ballot initiative for recreational marijuana. Jones says an organizer for the United Food and Commercial Workers International Union (UFCW) walked into the campaign office for Prop 19, a campaign Oaksterdam’s founder spearheaded, and said, “You’re not just a bunch of tree-hugging, crystal-gripping hippies carrying signs. You actually have a statewide campaign on the ballot.”