Jamaica: Hostel Distributes Free Joints If You Collect A Bucket Of Garbage From The Beach 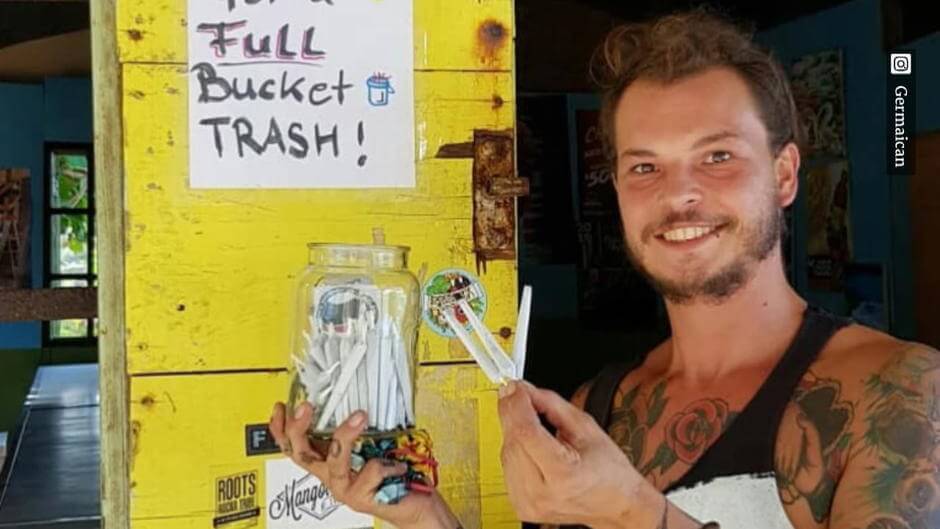 Get high and save the world!

As you know, the world is facing a gigantic garbage problem. A German hostel in Jamaica has a very special idea to fight the huge amounts of waste. For each bucket of garbage that you collect, you get a free joint. We surely love this approach, create awareness and take care of the environment in one step – and you get the best reward after the hard work.

The hostel is called Germaican, you can follow them on Facebook or Instagram but they also have a website. A few days ago one of their posts got viral and has been reposted by hundreds of cannabis pages all over social media.

Posted by Germaican-Hostel on Thursday, July 4, 2019

Marian Erbach came up with the gift-giving experience that many people could get on board with.

The German native, who now lives in Jamaica, was sick of seeing the beaches covered in trash and plastic, so he came up with the idea of gifting a pure joint to people that brought him a bucket full of trash.

The idea came to 33-year-old Marian after he became ‘totally upset’ with all the rubbish and, more specifically, plastic. He went and rolled 56 joints, equalling 56 grams of weed. You might wonder: why so specific? Well, there’s method in his genius madness, because Marian knows that, under Jamaican law, 56 grams is the maximum amount of the stuff a person can carry that is punishable by – at most – a negligible fine, as opposed to an arrest or a criminal record.