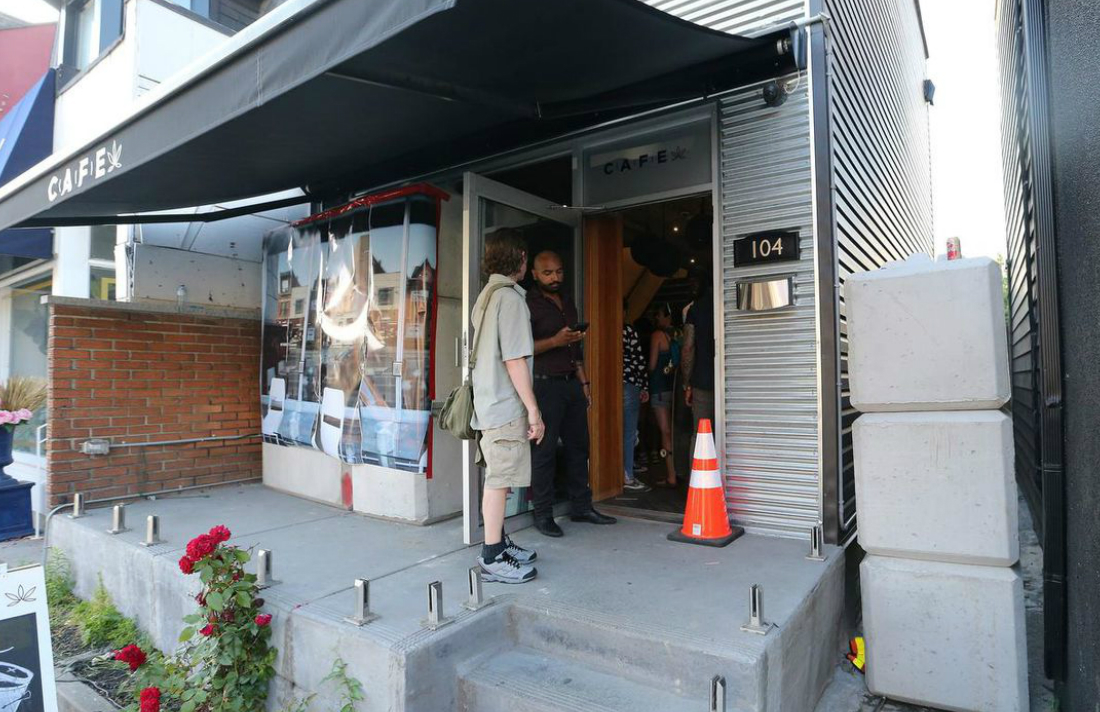 After the city took the unusual step of physically barring entry to four illegal cannabis dispensaries, one location has reopened — the hefty concrete blocks now stacked neatly beside the building.

Late Wednesday and early Thursday, workers from the city’s Municipal Licensing and Standards (MLS) department placed the blocks in front of the doors at each of the dispensaries — all of which were operating under the name “CAFE.”

It’s unclear who removed the blocks and how, but the CAFE cannabis dispensary at 104 Harbord St. was allowing customers back in by Thursday afternoon.